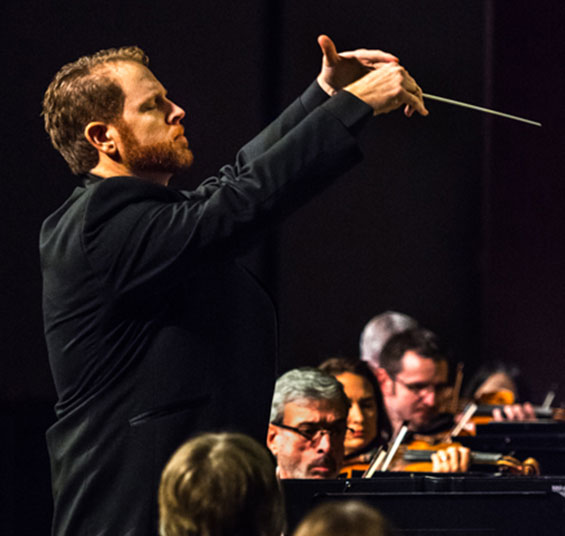 As Music Director and Conductor of the Georgia Symphony Orchestra, Verville has energized audiences while increasing and diversifying concert offerings. His focus on audience engagement and outreach has been recognized throughout the community and in the League of American Orchestra’s “Symphony” magazine. His creative and collaborative programming has expanded the organization’s performance footprint and served to build bridges to underrepresented populations. In addition to conducting classics, pops, and special performances, he designs the Sensory Friendly concerts which have been supported by National Endowment for the Arts.

In Phoenix, he served from 2010 to 2017 as the founding Artistic Director and Conductor of Arizona Pro Arte. His presentations of unique and highly anticipated collaborative events resulted in exponential organizational and audience growth. During his tenure, the orchestra expanded to include a regular masterworks season, a summer orchestral series, educational performances, a chamber music program, a dance ensemble, and establish a composer in residence. He instituted an annual “Call for Scores” competition that at its height received over 920 applicants from forty countries in a single season.

Verville regularly commissions and conducts regional, national, and world premiere compositions which encompass operatic, symphonic, and dance music. He has counseled young and emerging composers across the country and worked with the Tucson Symphony’s “Young Composers Project,” which Yo-Yo Ma praised as an “extraordinary program.”

An award winner in the American Prize for Orchestral Performance, Verville was mentored by esteemed conductors Bruce Hangen, Timothy Russell, and James DePreist. He worked in masterclasses with David Effron, Markand Thakar, and Neil Varon. At the renowned Monteux School and Music Festival, Verville was selected as an orchestral assistant while studying with Michael Jinbo.

Verville earned degrees in music from the Boston Conservatory, the University of Oklahoma, and Arizona State University. He resides in Georgia with his wife and children.